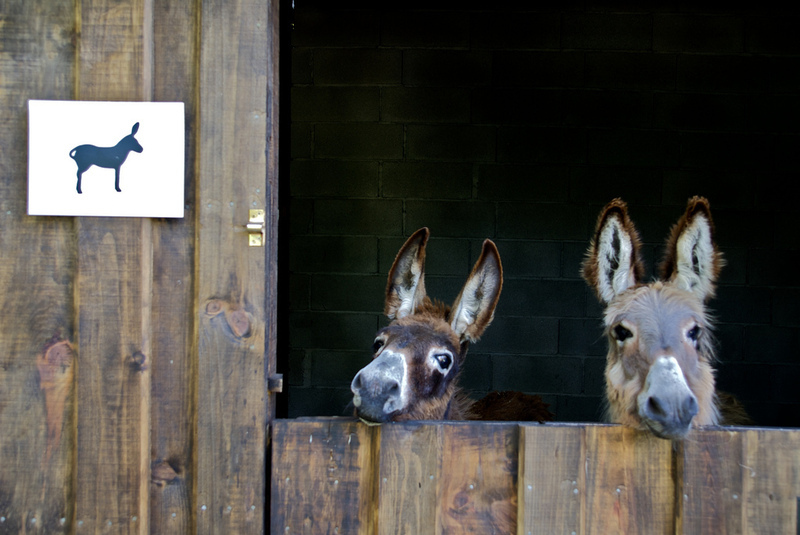 We have two donkeys continuously outputting large amounts of manure. Between leftover straw and manure we add about 3 cubic meters per month to the compost pile. Initially we had been piling it on the ground but it's hard to build a large enough pile to generate enough heat for proper composting. Since the farm is on a slope and each field a terrace with a drop to the next field we decided to build large vertical manure piles on the field just below the donkeys. That way it's easy to drop in the fresh manure from the top and then empty the finished compost from the bottom. We decided to build three piles side by side so we could have at all times one being filled, one composting and one being emptied.

We started by leveling the ground a bit and then opening four large holes in the ground where our pillars are going to go. 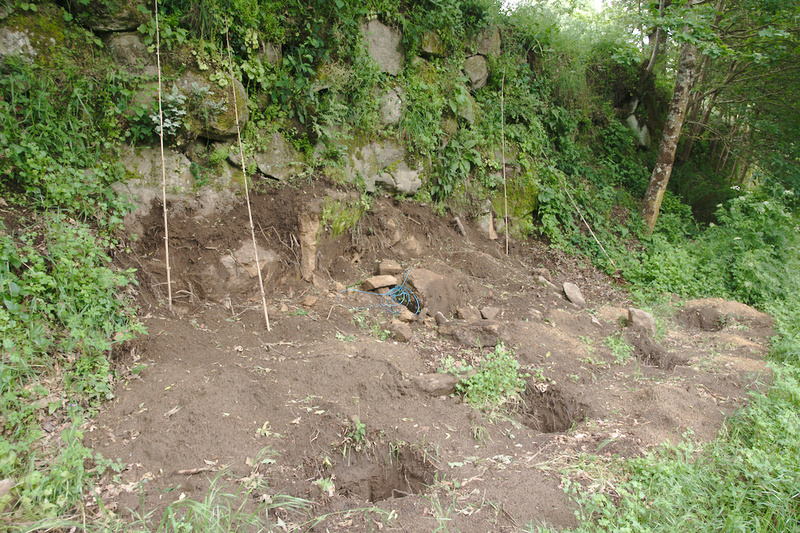 We had some leftover granite pillars from dismantling old vine pergolas that we carried over and tilted into each of the holes. 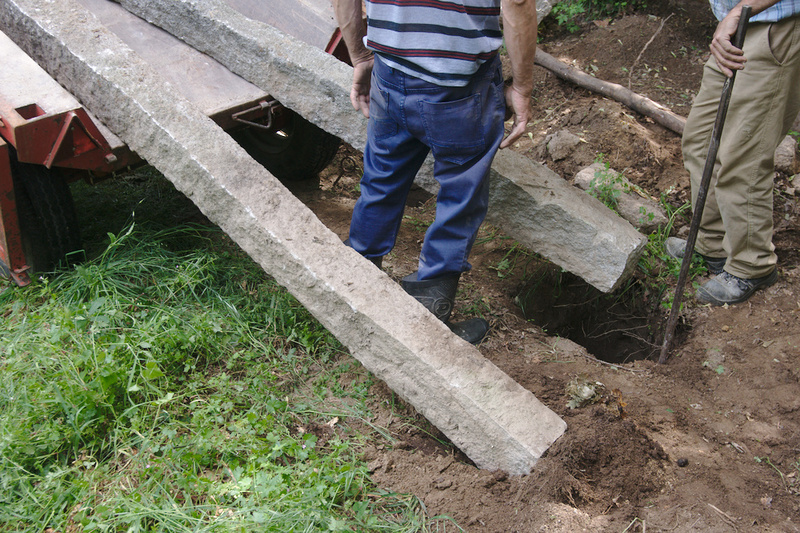 Some careful maneuvering and an old industrial drill bit got the pillars positioned vertically.

Once they were vertical we carefully nudged them into alignment and then filled in the holes to keep them in place. 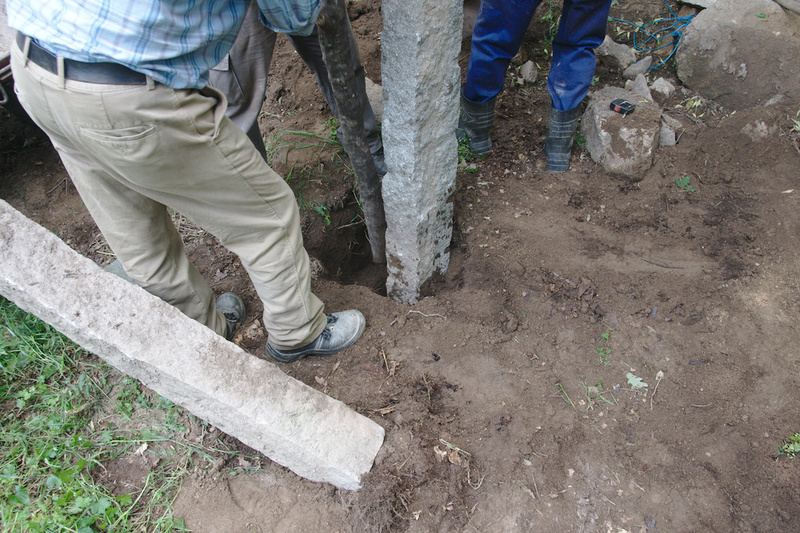 With the four pillars in place we set out to build the base. We bought some concrete blocks and used some left over granite rocks. 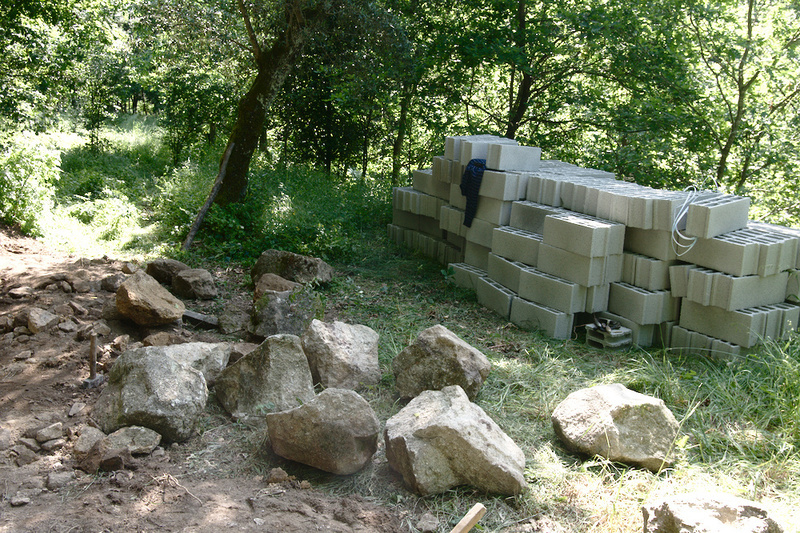 We used the granite blocks to build a solid base to hold the pillars and the four concrete block walls. 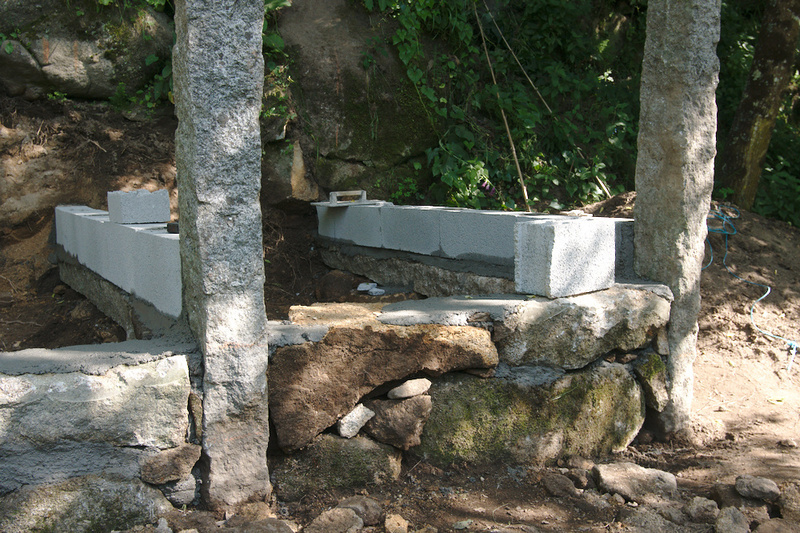 The four walls went up relatively quickly. To secure the pillars properly we connected some metal cable between the pillars and the back wall so they have nowhere to go. 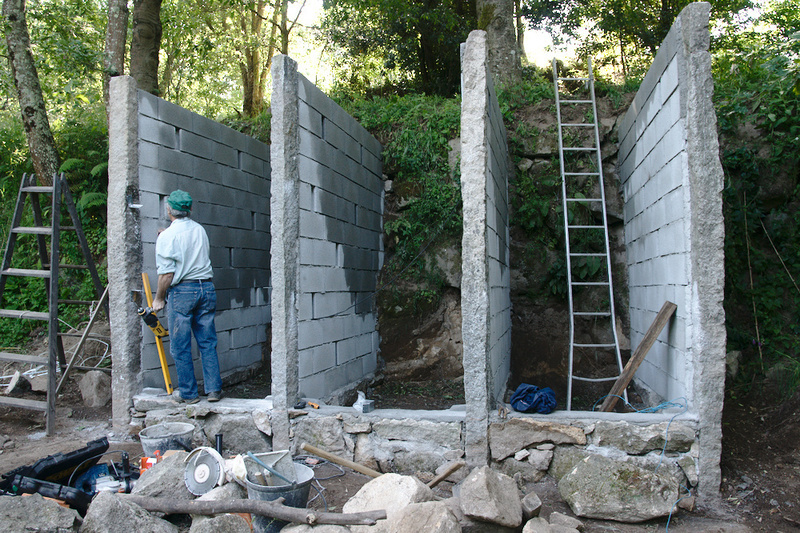 We built all the walls with some spacings between the blocks for added ventilation to improve composting. 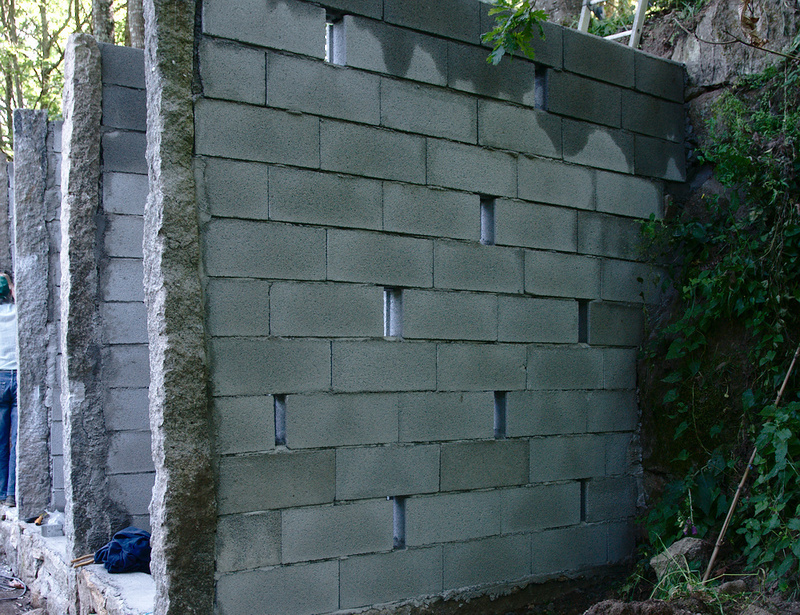 At this point we had the basic structure done and only the front wall missing. We had sized the whole construction so we could fit 3 standard pallets as the face of each pile. They allow for great ventilation and are cheap and easy to replace. We attached L brackets to each pillar to create mounting points for the pallets. A metal wire connecting all the tops of the pillars increased the structural stability and gave us a nice place to attach the pallets to. The top one we just fixed in place with some wire on the top and screws through the L brackets on the bottom. 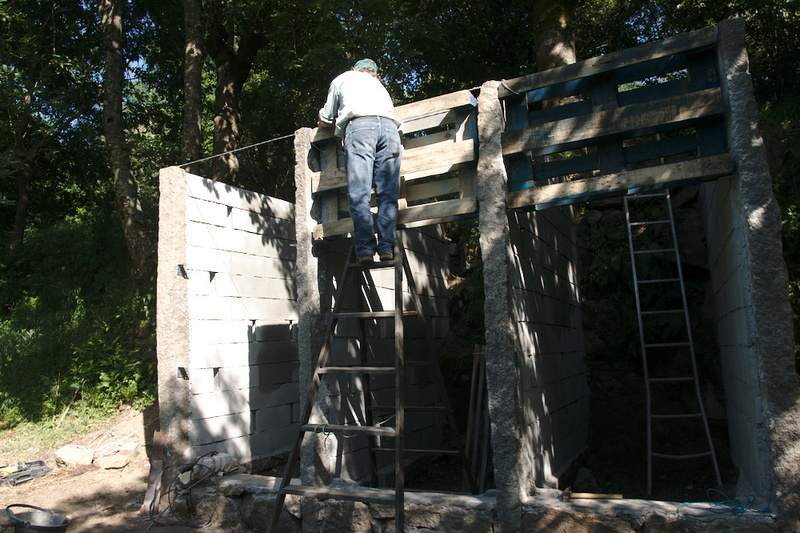 That left a large enough opening to get the compost out. For the bottom two pallets we made them easily removable. We screwed in some tabs on the bottom of the top and middle pallets to hold the middle and bottom ones in place. The tabs on the back of the pallet are just fixed in place but the front ones pivot on a single large central screw so they can be rotated to be able to remove the pallet. The bottom of the middle pallet is held in place by a pin going through the pallet and through the L bracket and the bottom pallet with a pin inserted into a hole in the base. 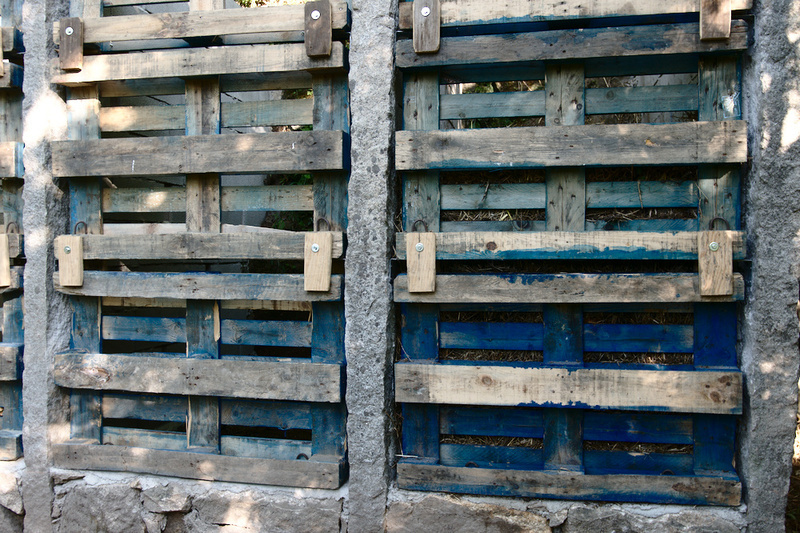 It takes us about 4 months to fill each of them. This means they're just about the right size to cover the whole load of a year. We usually put some small branches once in a while to create space inside them and then just drop in manure and straw. 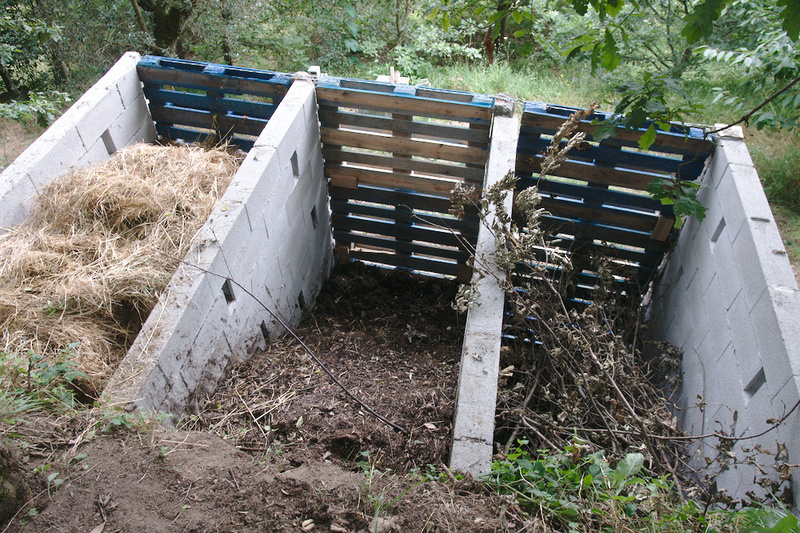 After they are full it takes around 6 months to compost. That leaves us 2 months to empty it before we need to reuse it. 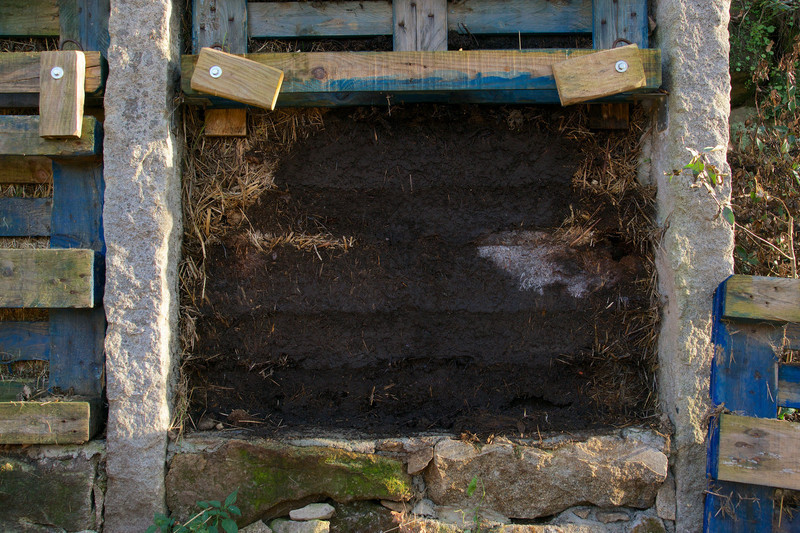 We use the electric car to load up compost from here and then drop it wherever we need it with the electric tipping bed. We never use the compost below the top of the granite base so there's always a compost base to make the process start faster. The back of the piles are also against the granite wall of the field above which has quite a few openings. Worms have already fully populated the piles all by themselves so the composting goes pretty quickly.