When we got the farm there was an old bee yard an uncle used to run. It had been abandoned for at least a decade and yet there was still one surviving colony. We let it alone at first but then decided we wanted to turn the bee yard space into a plant nursery and move the bees somewhere else. We got a local beekeeper to come and do the move. He decided it was a good time to also do a split and try and turn the one hive into two. Both decisions turned out poorly. The split colony was robbed by other bees and the original colony eventually decided it didn't like its new home.

Fresh out of bees and empty new equipment we decided we might as well set it all up and hope a swarm would decide to move in. Neighbors had told us they had seen swarms moving about a couple of times so we had a at least some indication there were wild bees around. We put the hives we bought on the new stand, cleaned everything up, and just hoped for the best. Come spring we noticed bees coming and going from one of the hives carrying pollen. We knew that was the tell-tale sign of a working hive and were ecstatic.

After nervously opening the hive a little bit we realized we had screwed up. We had stacked all the boxes on top of each other and the topmost one didn't have any frames in it. Bees being bees decided to go ahead and build their home on the top of the cavity, hanging from the lid. 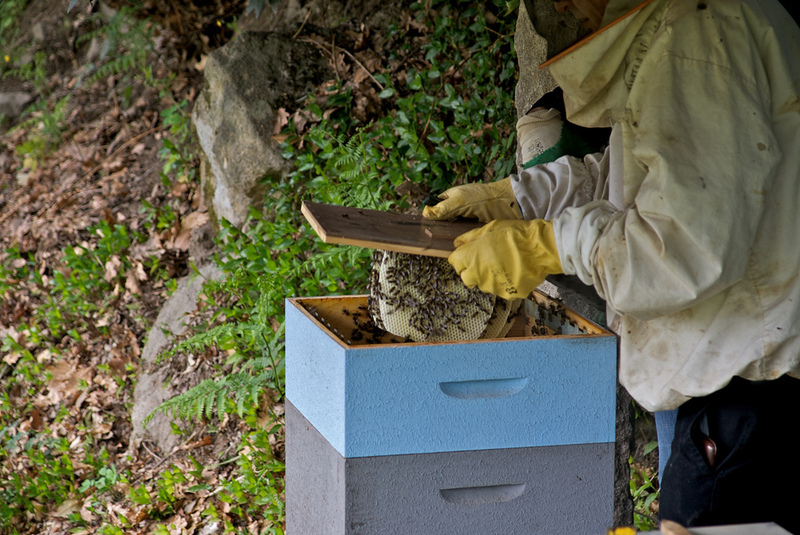 We scrambled for help and got a beekeeper friend to come over and help us correct our mistakes. We filled the remaining space with frames and waited for the bees to gradually move down until the ad-hoc comb was just honey and we could extract it. Eventually by late summer we got to that point  and had a working hive in a standard box. After a bit of feeding with sugar water to compensate for the honey we had extracted the hive overwintered fine.

By this spring we had read everything we could find online and a couple of great books on beekeeping and felt confident enough to try and get more bees. We decided to put out some swarm traps and split the one hive we had. It was a huge success. We ended up catching four swarms including one on video and one in an owl box we had built. We also split the original hive three ways. We ended up with six hives. For those keeping count at home we had seven at the peak but the owl box cut-out didn't go well and we lost that hive. It was a pity, it was a great swarm. 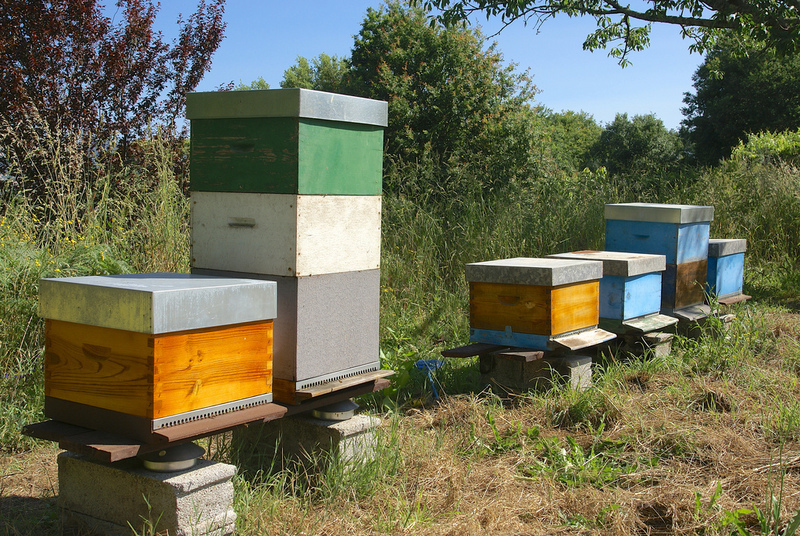 When we originally though about taking care of the bees we looked for a local beekeeper to take over. As it turns out this is a pretty low effort addition to the farm work. In less than an hour a week we can inspect the hives and do the occasional change (adding a box, feeding, etc). We've been taking notes and continuing to read up on the subject. The hardest part though is learning to read the hive. Finding the queen is always particularly hard. Anyone want to try and find it in this set of photos? We haven't been able to do it. 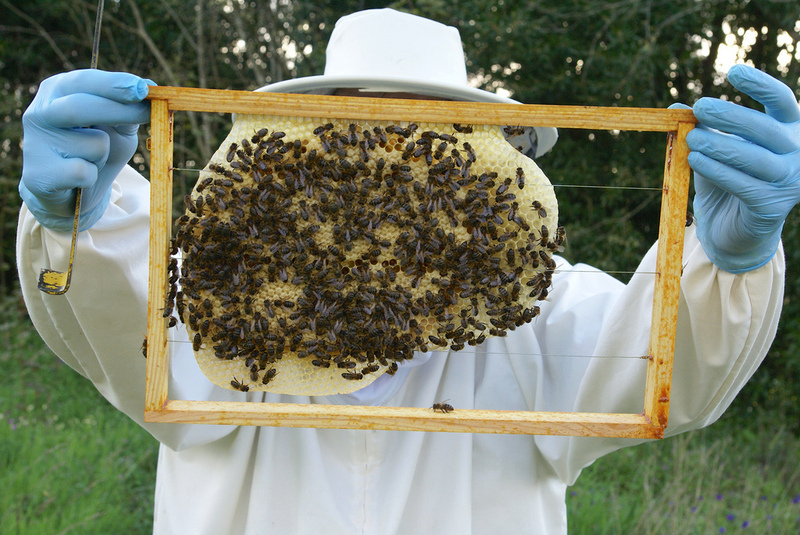 You can see higher resolution pictures on our Flickr if that helps.

We originally thought we didn't want to become beekeepers. It seemed like too much work and a little scary to be honest. As it turns out it's a pretty simple affair, at least in our location. We get bees for free just by setting swarm traps (a topic for a future post). And since bees are wild animals you don't need to do much if you don't want to. We'll expand on our management model in a later post but we mostly leave them alone. We don't give them wax foundation, we don't treat for any diseases and we only extract the honey they can spare to avoid having to feed them at all.