Last year we got an electric car to go around the farm. It's a Toro Workman and it has an electric tipping bed that carries 400kg and climbs our steep paths with ease. We're really happy with it. We bought it used and the company that sold it was less than stellar in getting it to us in good condition. One of the things we had to fix was a broken head lamp. The lamps are Par36 28V bulbs, so the whole headlamp is actually a bulb. One of the two was fried and since the two are wired in series this meant we didn't have any lights. This sucks in nice winter days when the temperature is fine but the day ends very early.

It was getting late and the cat wanted a ride. We couldn't do it without lights though... 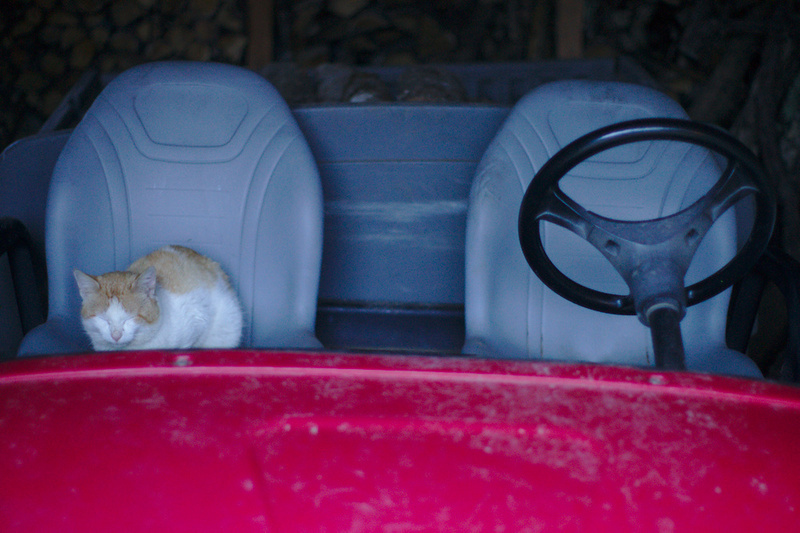 We had asked the local glass supplier to cut out the back of the bulbs. He did a decent job even though he didn't center his drill very well. This meant the cut wasn't parallel to the bulb orientation. 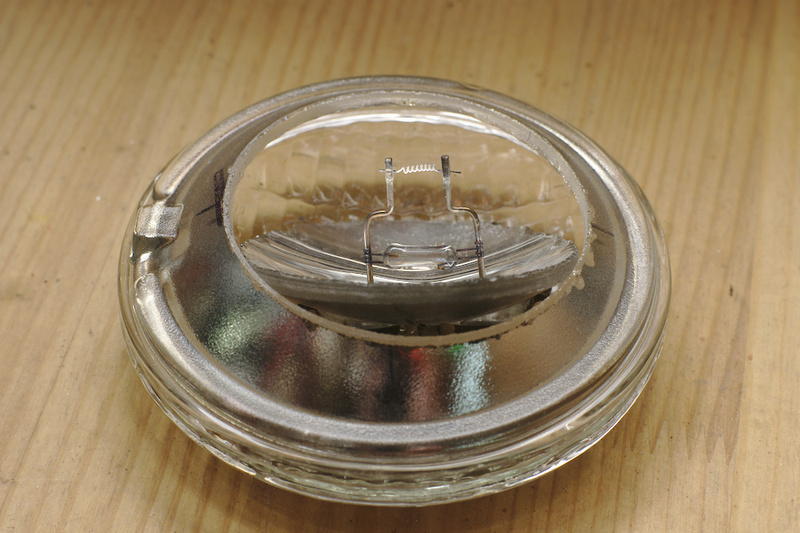 We got some pre-packaged LEDs off ebay. They were a nice round shape that would fit nicely on the back of the bulb. Now we just needed to secure them properly and wire them up. 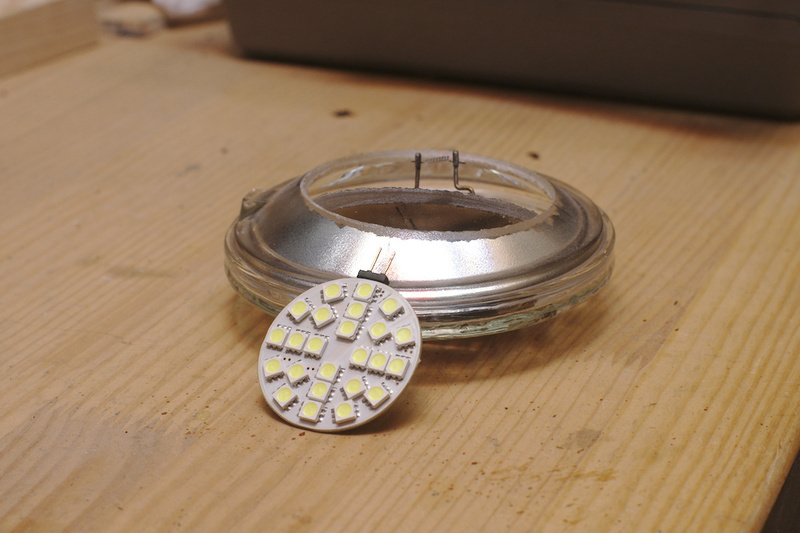 We took a piece of leftover IKEA board that we didn't use and cut out a square with a round hole in the middle. 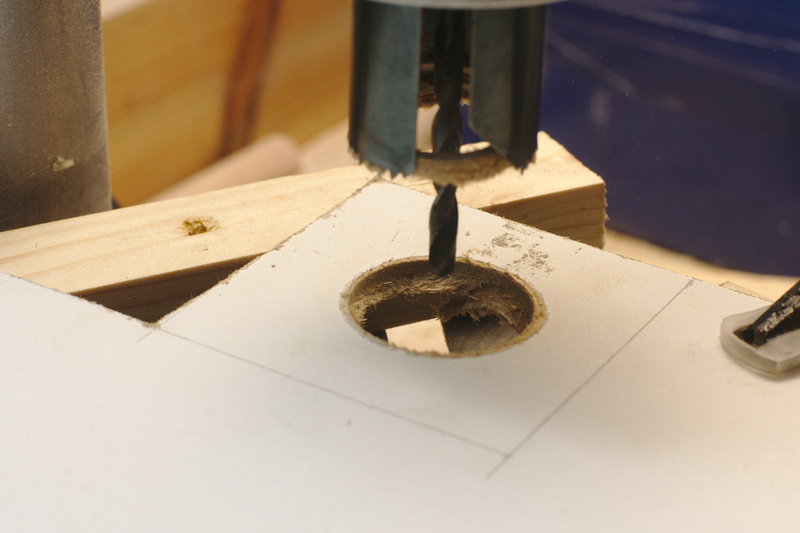 We used a hammer and a nail to open up two small holes in the board to fit the two pins from the LEDs. 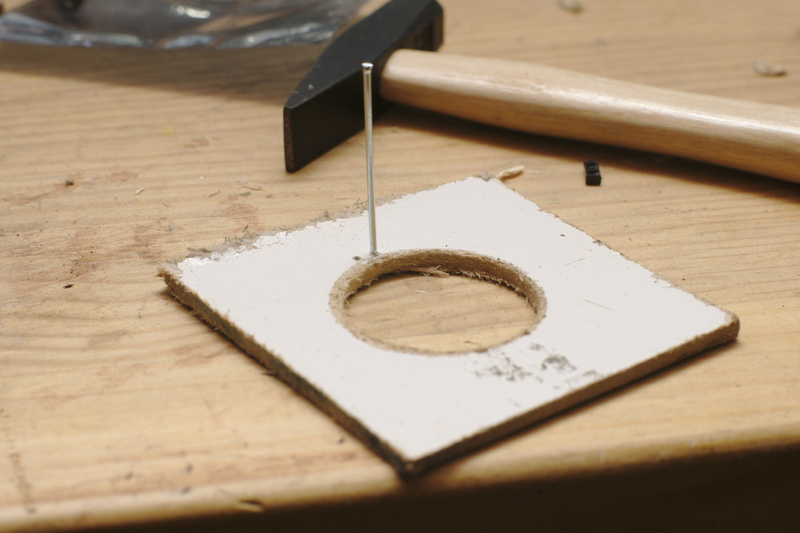 We also took some leftover power cord and made two extensions. 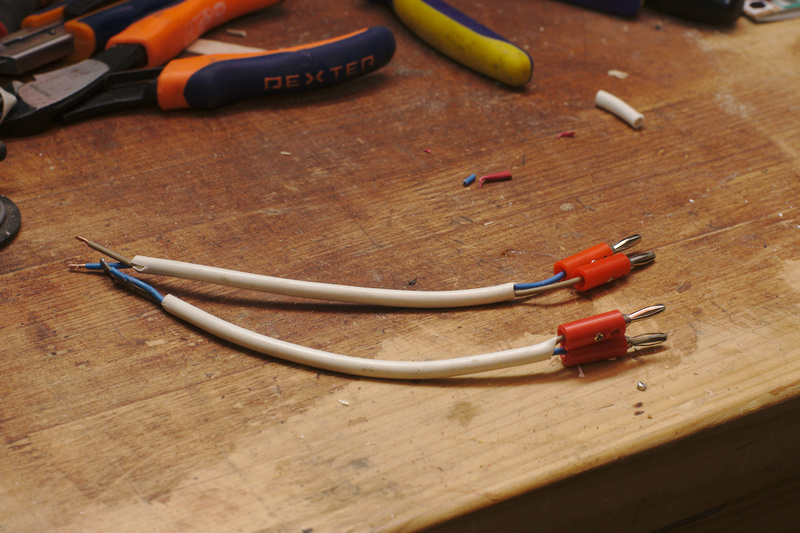 Then it was a matter of putting the board in and soldering the two extensions to it. We used some pieces of heat-shrink tubing to protect the soldering and avoid short-circuits. 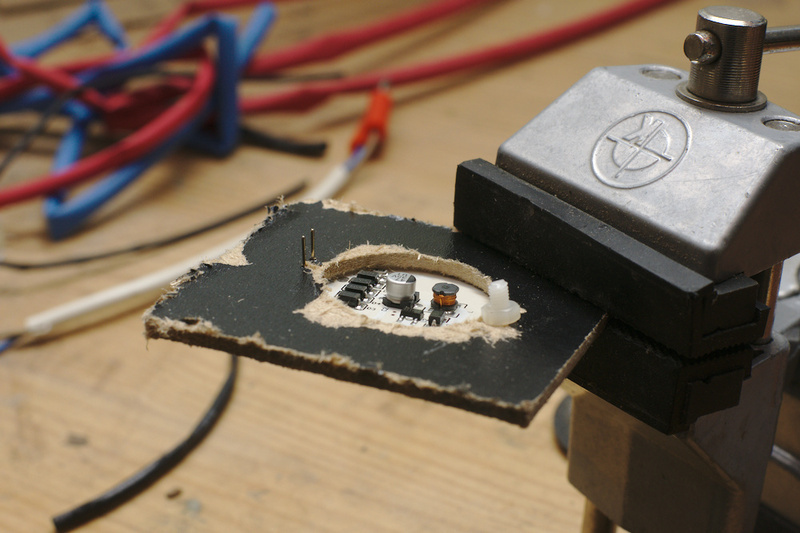 To secure the LEDs to the board we used a nylon screw on the opposite side of the soldering. We tried gluing it on with a bunch of things and it didn't work. We glued on a few pieces of wood/board to level the boards against the two cut bulbs, to solve the problem with the cuts not being centered. We then trimmed the boards to size (right one was trimmed after painting). To make the board cleaner we masked the LEDs themselves and painted the boards with a gray spray can. 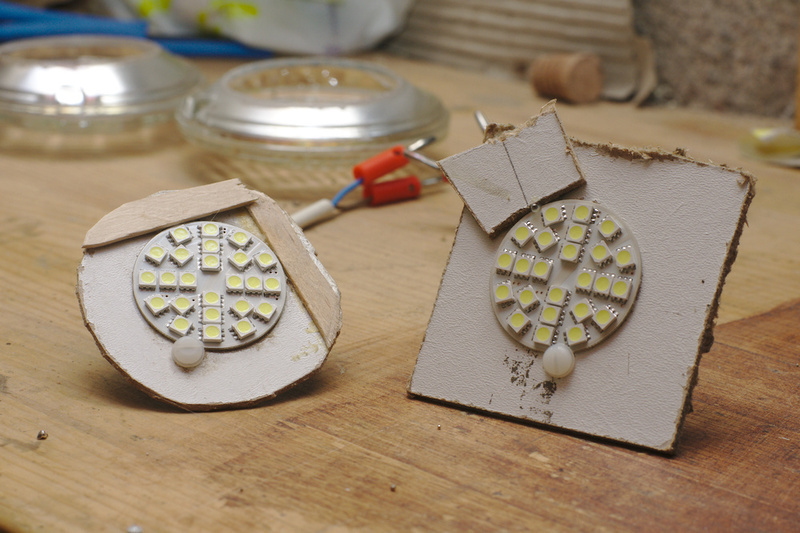 To attach the boards to the bulbs we simply used duct tape. We were careful to make sure the tape reached the edge of the bulb, as that's what is then put inside a rubber piece and put into the car so the tape becomes mechanically locked. It taped on just fine though. 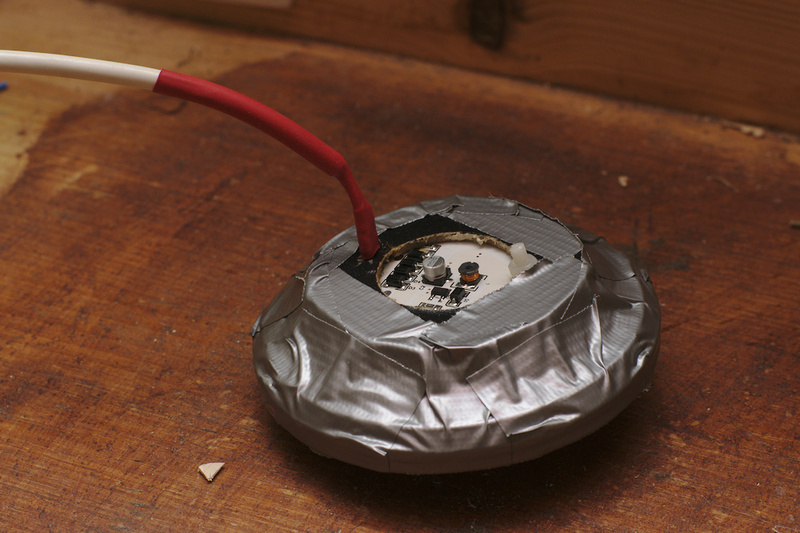 Here are the two bulbs finished. 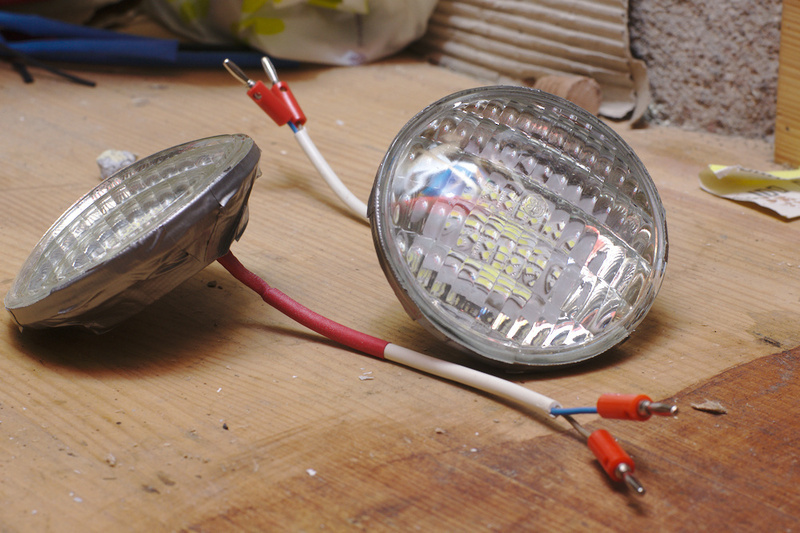 Here is one bulb put into its rubber sleeve, ready to install into the front of the car. 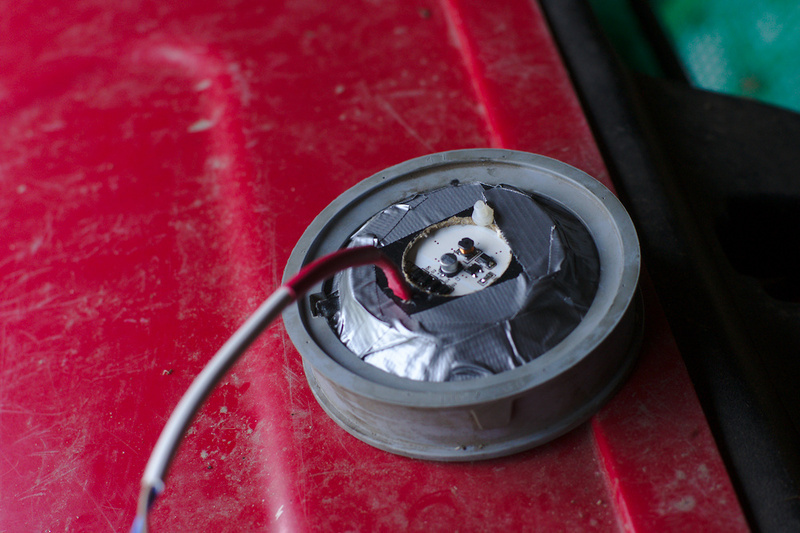 And here is the end-result in the car. The cat was gone by then though so no ride for him. 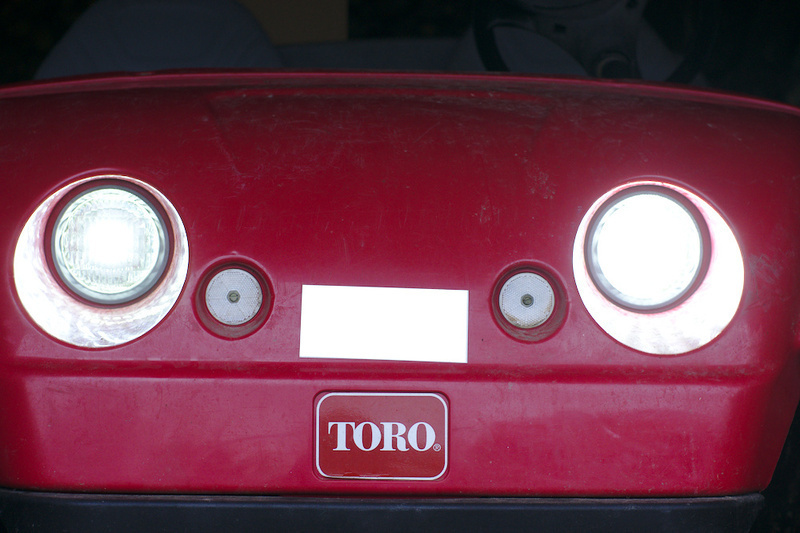 You may notice the right bulb is brighter than the left. That's because initially we wired the two in series. The LED's we got were rated 11-28V but since they have buck converters to achieve that you can't really wire them in series. Instead we added a DC regulator to get 12V out of the batteries 48V and then ran the two bulbs in parallel. It now works great, with much less power consumption than the previous bulbs, which is relevant in an electric car.