We put up the owl box much too late this year for an owl to nest in it. It seems it was perfect timing for swarm season though. Even though we had a few bait hives out and caught a few swarms in them the owl box proved too attractive for a very large swarm. Here's what we found when we opened it after noticing a bunch of bees coming and going from it. 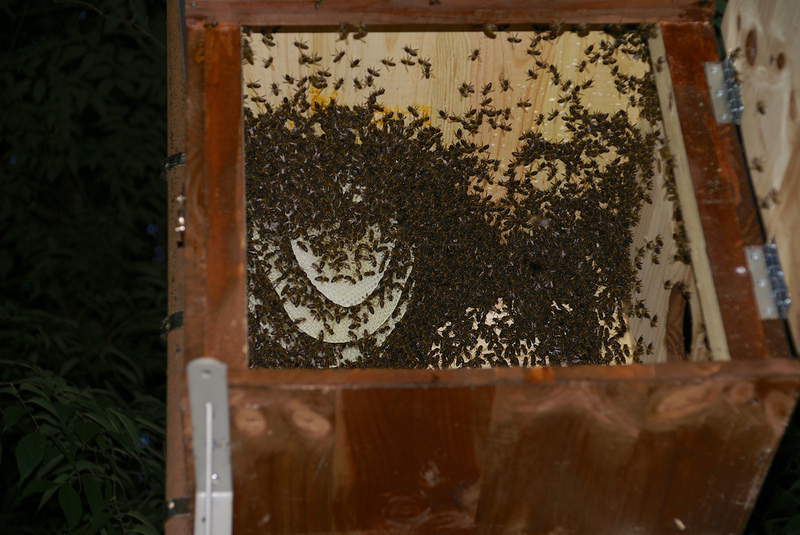 We decided to do what is known as a cutout. It consists mostly of cutting off the individual combs and attaching them to frames to be able to house the swarm in a normal hive. We started by smoking them to make them calmer. 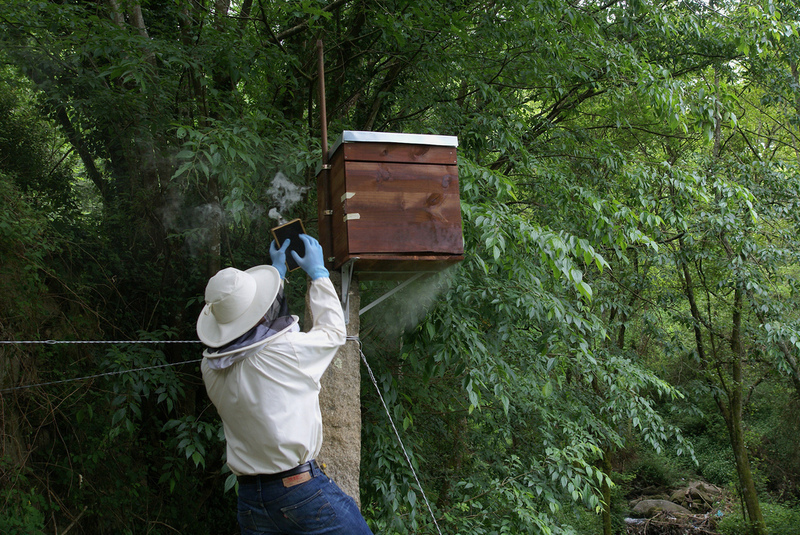 Then we started to cut down and put the combs on frames prepared with a string mesh on one side to hold the comb in. 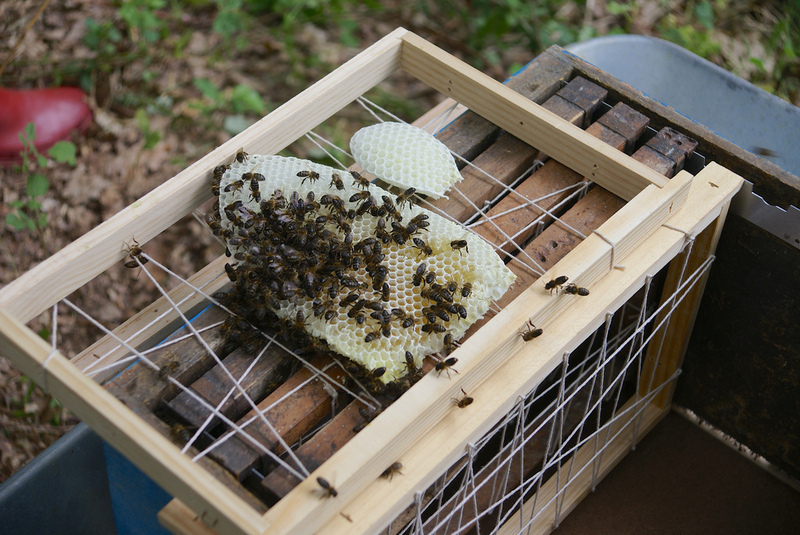 After a while we had all the combs down and resting on frames. 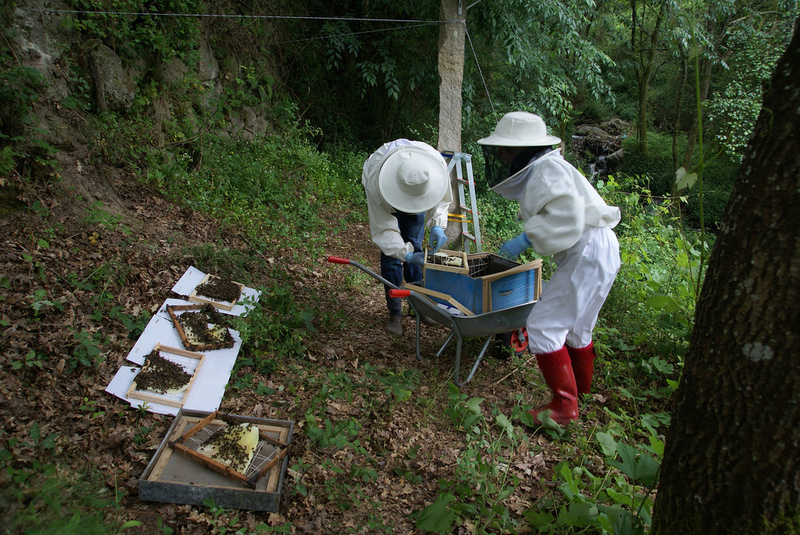 We used some more string to make sure the combs didn't fall to the other side... 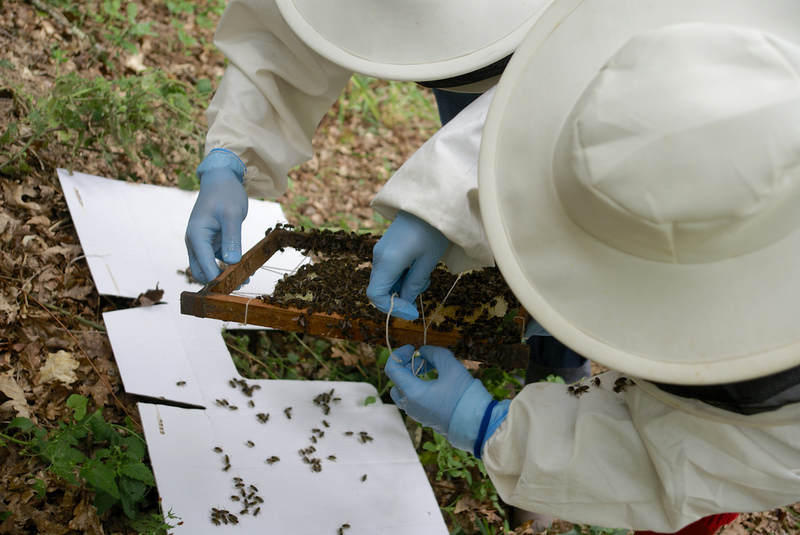 ...and placed the frames on the hive. 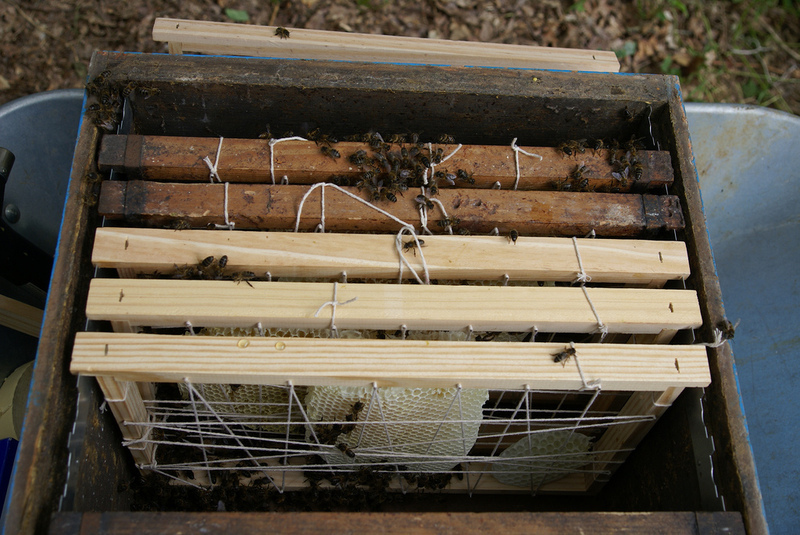 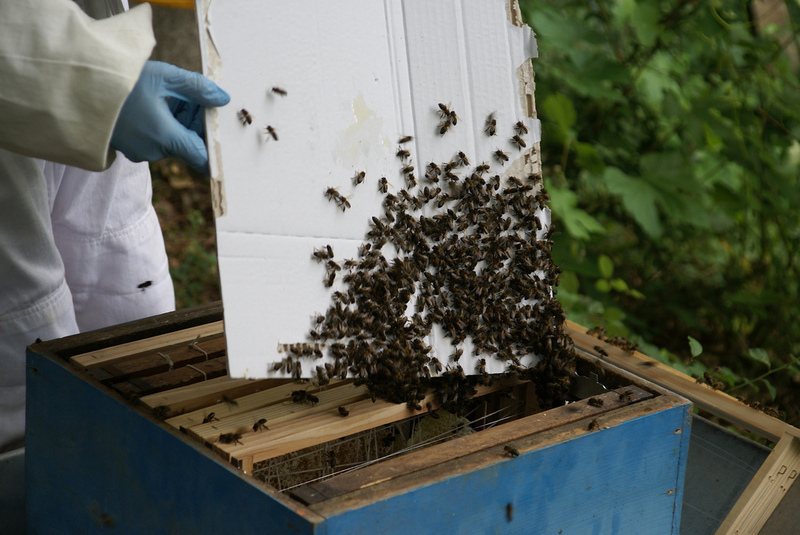 After a while you could see the bees fanning to attract the strays into the new hive. 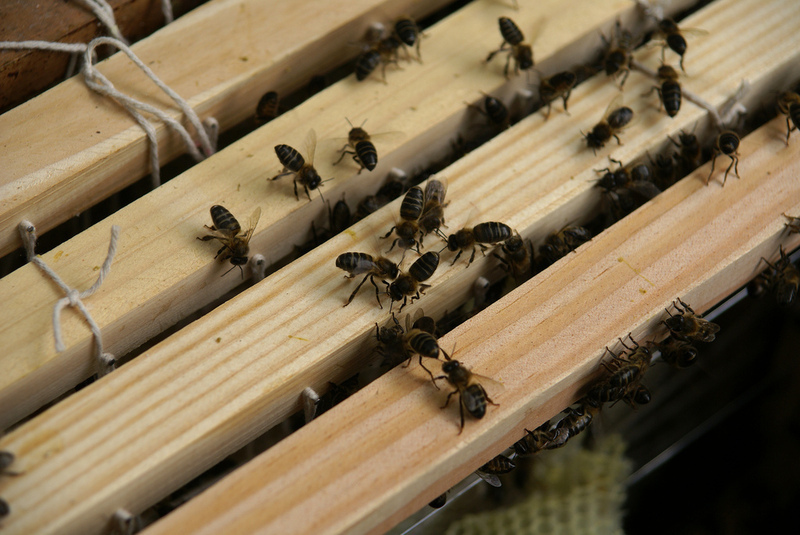 We finally anchored the hive next to the owl box and left it there to let any remaining bees find their way back. 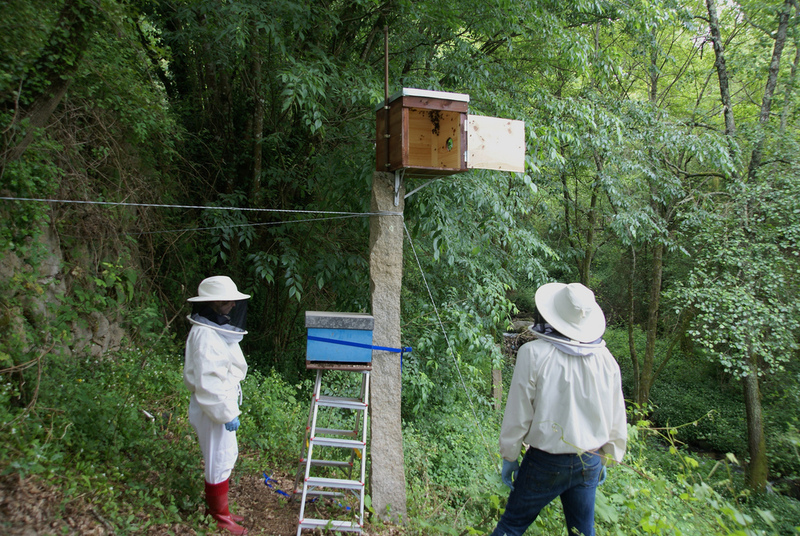 Although this initial process was mostly a success there were a bunch of things that didn't go well after that. Putting the comb in the frames this way without any kind of attachment to the top bar made a bunch of the frames sag and drop into the bottom bar. For future cases we were convinced that stitching the combs into the top bar would be a better solution than the wire mesh stuff. Another flop happened when we decided to move the hive after most of the bees had moved in. Even though we took precautions to force the bees to reorient and not return to the original location a bunch of them found their way back and clustered in the owl box again. Right now the hive is not in particularly good shape which is a pitty given that this was probably the strongest of the 4 swarms we attracted this year.