We've recently become huge fans of the book "Modernist Cuisine at Home". It certainly changed the way we cook risotto. It used to take over 40 minutes to prepare a risotto the traditional way (constantly stirring the rice and adding stock) and now it takes 10-15 minutes (including preparation time). 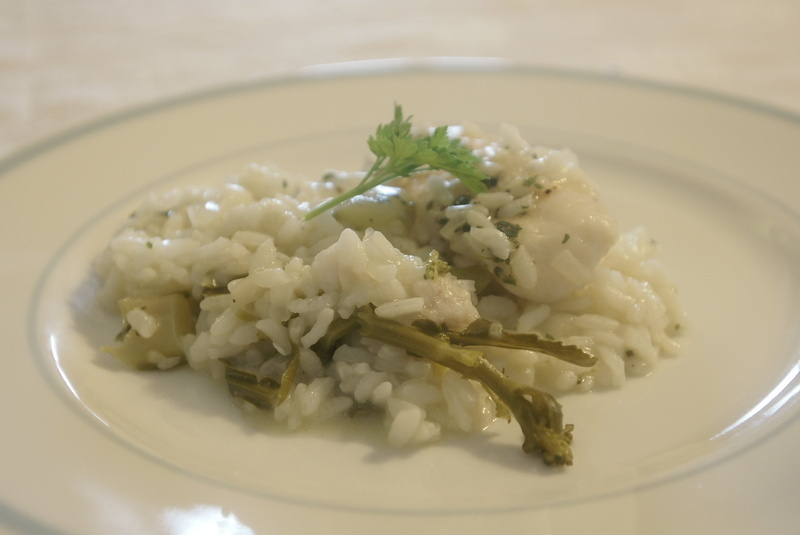 Gently fry the onion and garlic clove in a bit of olive oil (just enough to cover the bottom of the pressure cooker) until the onion turns golden (using the pressure cooker with no lid on). Add the rice until it looks semi-translucent in the borders (approximately 2 minutes). Add 2.5 times the amount of water, e.g., 1 cup of dry rice: 2.5 cups water. Add the vegetables and the frozen fish (fresh fish might overcook) and lock the lid securely using the pressure cooker's instructions. Set the heat on high to bring the cooker to pressure. You'll know this happens when the escape valve begins to release steam. Once it reaches pressure, immediately lower the heat to a setting that will just barely maintain pressure. Time 7 minutes.

Place the pressure cooker in the sink and run cold water over it until the pressure drops. At this stage if you remove the pressure valve there should be almost no sound of escaping steam. Once all the pressure has been removed it is safe to open the lid. Season to taste with the salt, peeper and cilantro. Gently stir the rice to avoid smashing the fish fillets and serve hot.

Other risotto recipes benefit from grated cheese added in the final step. We prefer this one cheese free but mushroom risotto calls for cheese. Just remember to close the lid after adding the cheese and allowing it to melt for 2 minutes before serving. 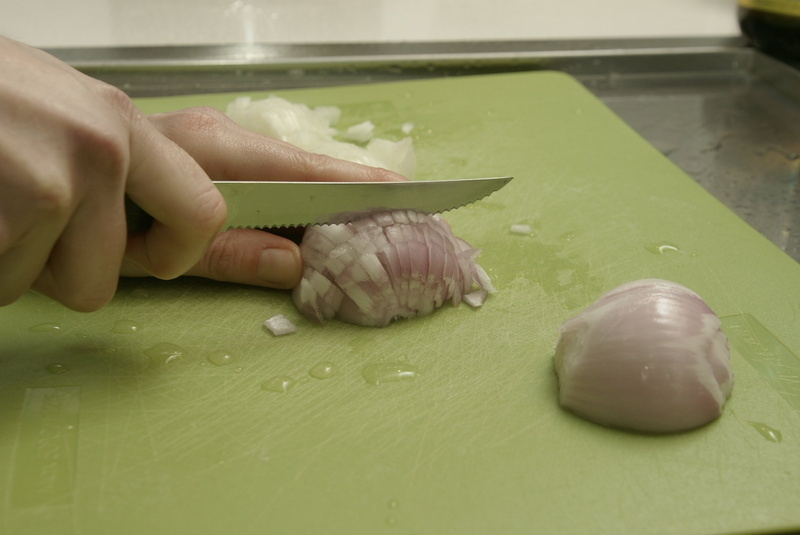