Grilled sardines are a traditional summer food in Portugal. They're in vogue right at the start of summer when they're eaten in a bunch of traditional parties. In reality the time when they're really good is a bit later when summer is in full swing. You can tell because the sardines start to be fatter and that gives them a lot more taste.

Yesterday our local fish supplier had some really good looking ones so we bought 4 a person and asked her to prepare the fish. She takes out the entrails so you bring the fish home ready to cook. All that is needed is to mix them with some coarse sea salt and put them on the grill. We also grilled some peppers at the same time. 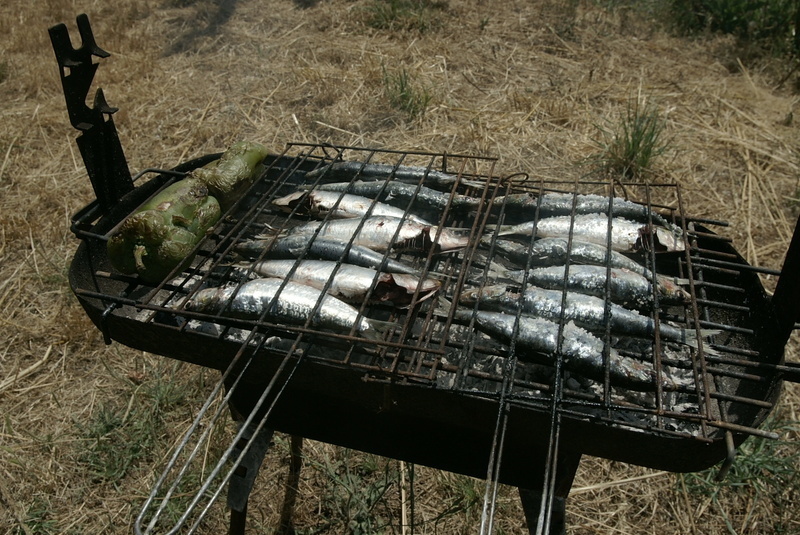 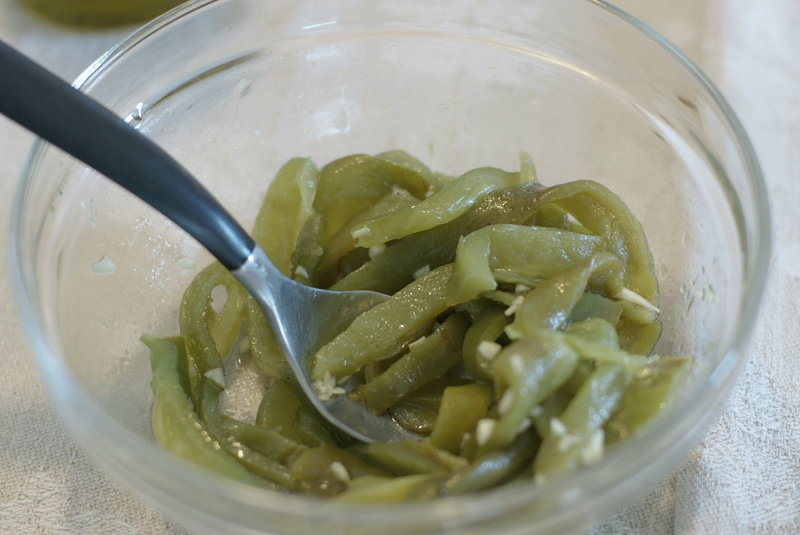 After everything was done we just ate the sardines together with what was fresh from the garden. Yesterday that was some padron peppers, the first tomatoes of the year and a lettuce and basil salad. A little olive oil and some red wine and we had a great lunch. 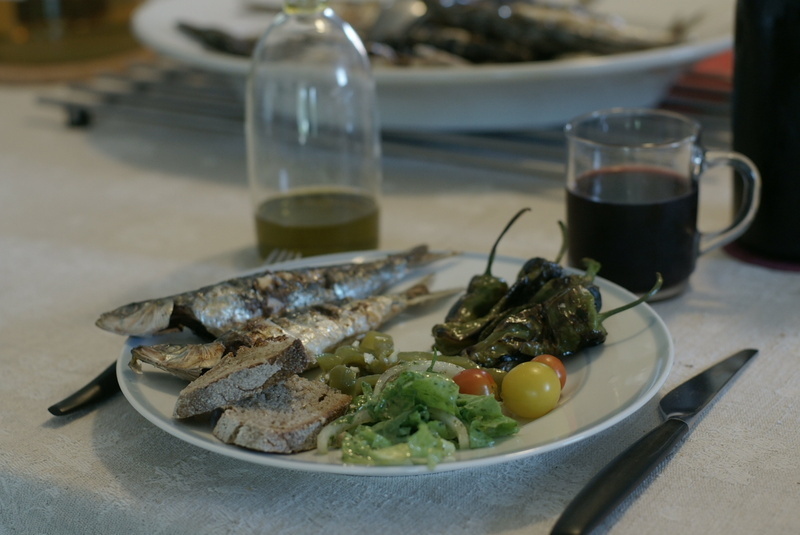