Every summer we keep a close eye on the the other side of the valley for any new fires springing up. We have a simple telescope that we use to keep an eye on any suspicious smoke. Sometimes when we called to report a fire and gave a bunch of details (we were looking through the telescope) we got a suspicious vibe from the authorities, as if we were the ones setting the fires. In reality the summer fires are always a big worry for us as we have a bunch of poorly managed fields around us that are always a fire hazard. The upside is that we get to see the firefighting efforts as if it was an airshow. We've seen helicopters swooping in to drop of firemen and then go off and get water from the river at the bottom of the valley to come back and do precision drops.

A few years back we got to see a few Canadair airplanes do runs to get water from the river and then drop them across the valley. Their flight path went directly over the farm so we got good shots of them passing by: 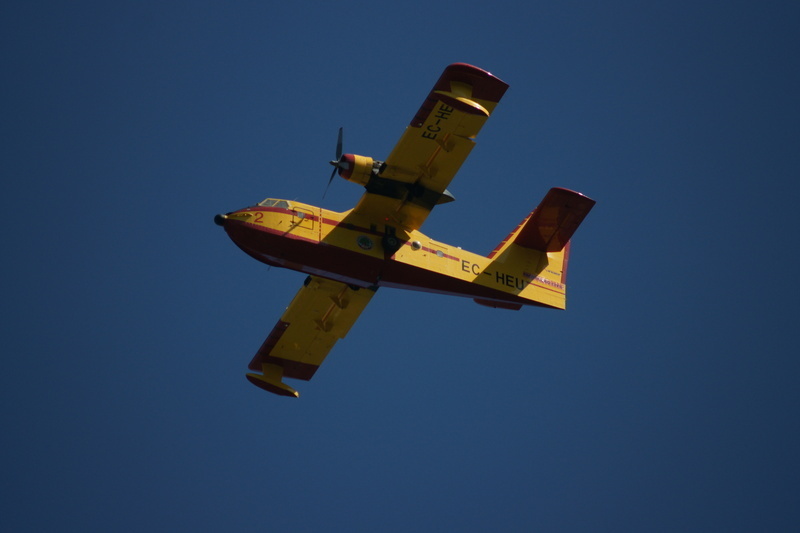 We also got to see the spectacle of them dropping water right in front of us. I'm afraid we didn't get any video but it was amazing to see the airplanes pitch up when they started dropping the water on the fire. 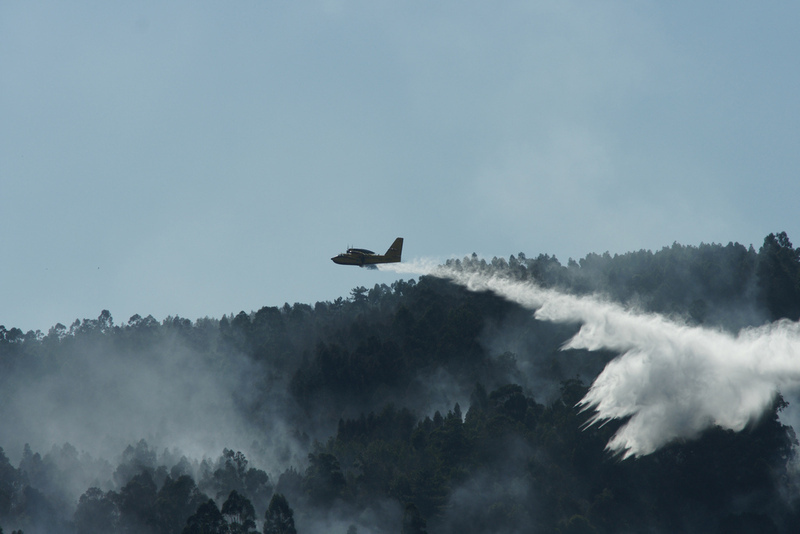 As much as the summer fires are a horrible worry the aerial demonstrations were quite cool. Hopefully we don't get to see them in person again and get our fix from cool youtube videos:

Update: After I wrote this post I went and setup another small watering system (similar to the kiwi one) for some vines. As I was coming back home this was the sad view that was presented: 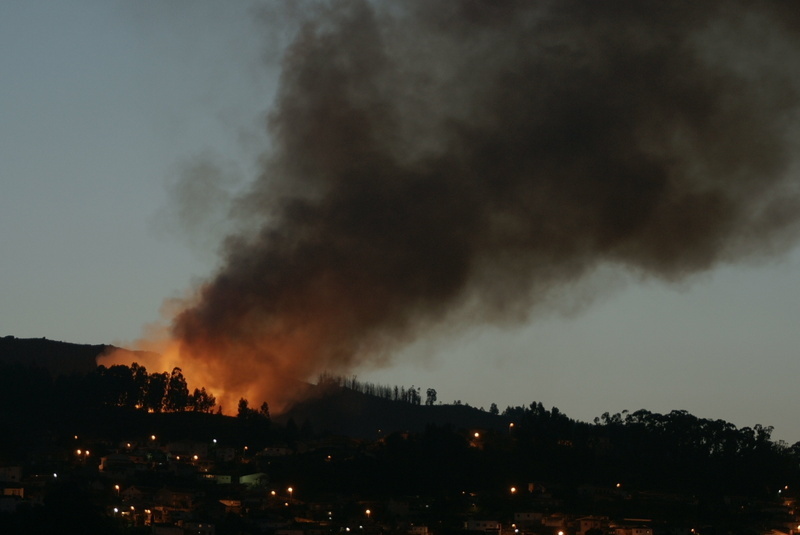 This fits the pattern we saw in previous years when right at sunset the fires would start. One of the theories around that was that at night the aerial means weren't available, so the fire would last longer.